How to Install Android L Preview on Nexus Devices 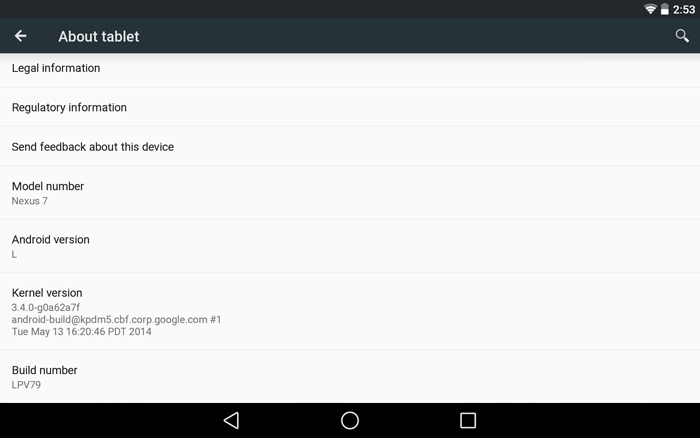 Last week at Google I/O 2014 there was a lot of exciting news like Android Wear, TV, and much more. But probably the most exciting news was the announcement of the next version of Android which for now is just called L. Unlike previous years Google has released a preview version of Android L for all to install, play, and have fun. In this new version of Android which Google Material Design. This is a whole new approach for the look, feel, and design of Android. There is no better way to experience it then to play with the software. So if you have a Nexus device then you’re luck because it’s fairly easy to install the new Android L preview version on your device and we’re going to walk you through it.

First thing to note is that this is a preview version and not even beta yet. That means it’s not for production and will definitely have bugs. Not all apps will work on it either since some of them need to get updated to be compatible. I wouldn’t install this as a daily driver for your phone unless you have a spare phone for experimenting. I have installed this on my Nexus 7 and so far I haven’t noticed major issues. Battery life has actually been fantastic and much better than before. But let’s get to installing instructions.

This procedure will wipe your device so backup anything important.

1. You’ll need ADB and Fastboot. You can download both as part of the Android SDK. Once SDK is installed, open the SDK manager and be sure to add the platform tools. You will then find ADB and Fastboot in the /platform-tools directory of your installation folder.

2. Download the Nexus 5 or Nexus 7 (WiFi) Android L factory image from here. Extract the files and copy all of the files (not the folder) to the same folder as your ADB/Fasboot.

3. Connect your Nexus device to your PC or Mac. On PC you’ll need to make sure drivers are installed.

4. Navigate to the folder of ADB/Fastboot in your Android SDK installation using command prompt (administrator mode) on PC or terminal on Mac.

That’s it. Your device will reboot several times then eventually boot into new Android L. The first time boot is very slow and can take more than 5 minutes. So be patient and enjoy.