The low-budget tablets wars started with the Amazon Kindle Fire, continued with the Nexus 7, and now we have the Hisense Sero 7 LT and Pro. This is great for consumers and means that in a year or two tablets will be like smartphones and just about everyone will have them. If you are not familiar with Hisense, they are a Chinese company that has mainly made TV’s but they are now making tablets and Google TV setup boxes. They make good hardware and have aggressive pricing with an eye on the U.S. market. So let’s take a look at what the Sero tablet has to offer.

In terms of hardware the Sero Pro is pretty much a Nexus 7 but at a cheaper price of $149. The tablet is Google certified with the Play Store, Android 4.2 Jelly Bean, and a Tegra 3 quad-cor processor. You have a 7 inch 1280 x 800 screen, 1GB RAM, 8GB memory, 2MP front, and 5 MP rear camera. The tablets also come with microHDMI, SD, and USB ports. So basically only the 8GB memory is what you would be sacrificing in comparison to the Nexus 7 but you do get a microSD card which the Nexus 7 doesn’t. Overall looks like a nice tablet and with decent design. 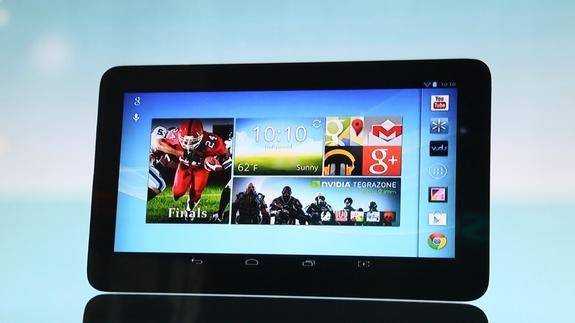 If $149 is still too much for you then maybe the $99 Sero Lt is the right tablet. Here you are getting Android 4.1 Jelly Bean, Tegra 3 dual-core processor, and a 7 inch 1024 x 600 screen. The memory is much less at 4GB but you still have that microSD for expanded storage. There is only a vga front-facing camera. Definitely not as nice as the Pro but that’s what you have to sacrifice for the price.

The tablets will be exclusively available at Walmart starting today. I imagine these tablets might actually do well specially with the fact that they come with the Play Store. Many of the budget tablets that you get at this price are not Google certified and come with third-party apps. The Hisense definitely has an advantage in this case. But I imagine a refreshed Nexus 7 will be out this summer soon which could mean that the old Nexus 7 might get a price cut similar to the Hisense Pro. Personally I would still go with a Nexus 7 device but the Hisense is a pretty good option at a great price. It only gets better for the consumer and I’m all happy about that.