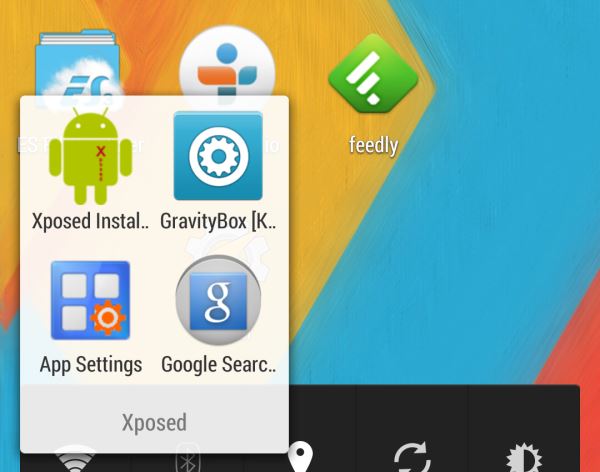 I have a confession to make, I used to be a flashaholic. When I had my S3 I would flash a new ROM almost every couple of days searching for the next new feature. But it can get tiring since each time you need to restore all your apps and specially for me since I have Google 2-step verification. This is mainly the reason I moved to a Nexus 5 from my S3 since the stock Google experience was what I was always chasing. But even on a Nexus 5 there is customization I wanted. But instead of flashing a new ROM I’ve discovered Xposed Installer. It gives you all the goodies of custom ROM feature without the ROM. So let’s checkout the details.

Xposed Installer is a rooted app that comes with modules that can be installed. Each specific module includes a feature that you may find in many custom ROM. One of the better and most rich featured module is GravityBox which for example includes Pie control from Paranoid Android. You can tweak almost every part of the system from  the lockscreen, statusbar, navigation bar, and much more. I’ve set my phone to have center clock with the day showing. I’ve also removed the bottom navigation bar and use Pie Control. This adds a much more real estate to the screen and take full advantage of the 5 inch screen. 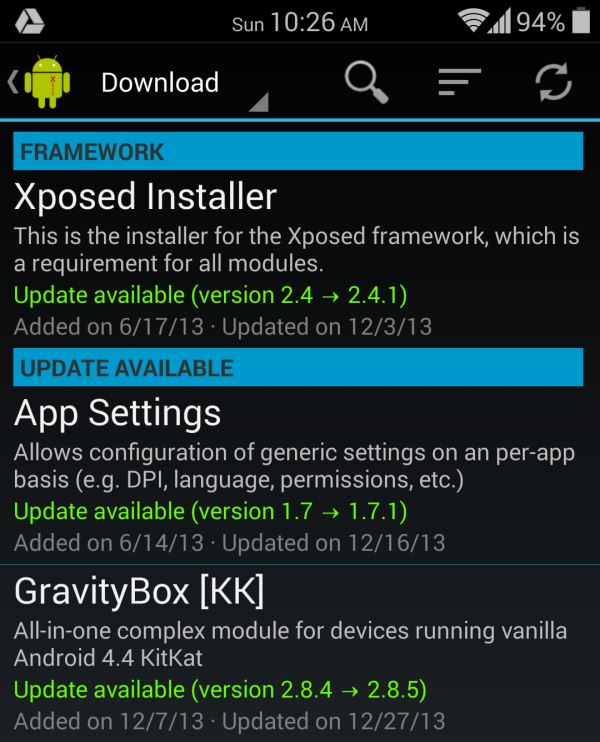 Another great module is App Setting which let’s your tweak the dpi settings on a per app basis.  Again, this is great way to get more out of the screen by lowering the dpi of apps which in my opinion are set too high. The module also lets you force immersive mode or full screen on apps as well. You can even force tablet UI on apps that have the feature. There a separate module as well that can force immersive mode on all apps. Both are a great ways to take full advantage of the 5 inch 1080p screen on the Nexus.

These are just two of the modules which I tend to use daily on my Nexus 5 which takes the stock experience and makes it even better. This is the best of the two worlds that have come together in a stock Android with custom ROM feature. For now I won’t be flashing any ROM on my Nexus 5 as I like the stock look and feel. But with Xposed I can tweak that stock a bit to make it unique and a better experience. So checkout Xposed installed and you may also become a former flashaholic.