Samsung has been one of the better and more innovators when it come to the Android system. They have introduced many of their own features into their phones and player. One of those that was introduced with the Galaxy S3 and beyond was the pop up video player. Floating apps have been on the rise recently and many new apps are showing up in the play store. If you don’t have a Samsung device but want to try a pop up video player then take a look at Popcorn Player. 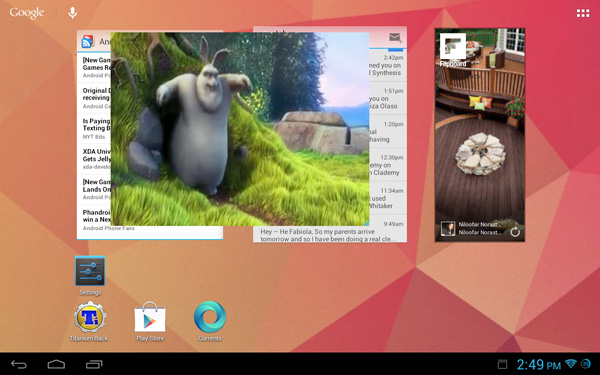 On a phone I don’t see much use for a pop up video player as it would take too much real estate to make it useful. But certainly on a 10 inch tablet there is plenty of space to watch a video while doing  other things. Popcorn Player let’s use watch videos as a floating app from your local media or any external links. Videos from the internet including YouTube require a link which must be first copied. Not a huge deal but does require an extra step. The video player can be resized to any dimension or played in full by double tapping. My one grip is that the blue arrow on the bottom right corner for resizing is a bit small and sometimes required several attempts. But overall a good app that will let you play your pop up videos while browsing or using other apps. The app is completely free with no ads so give it a try and let us know what you think.