Zombies and vampires seem to be the rage these days with games and Hollywood movies. These things always go in cycles so I’m sure we’ll be sick of them soon enough but till that happens we might as well get our fill. The Android Market is flooded with many different zombie games from shooter games to racing and tower defense. I personally enjoy shooter games and blowing up zombies into bloody bits. That’s where iGun Zombie comes in with a FPS shooter game using simulated guns. Grab your favorite weapon and let’s go zombie hunting. 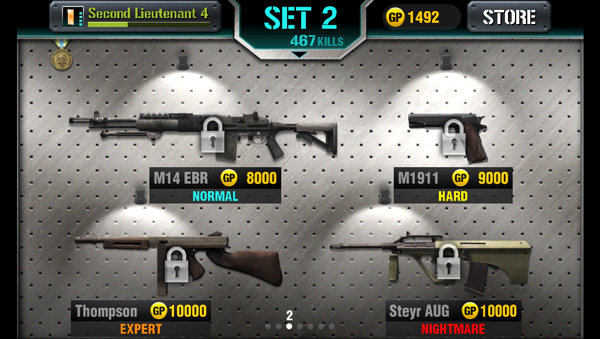 The iGun Zombie app is a freemium game which allows you to play for free with option to purchase upgrades and weapons. I’m not a fan of this model but I think there is a place for it and this type of game fits. I don’t care too much about upgrades and simply want to enjoy killing the undead so it all works out. The game features a variety of weapons from a simple pistol to assault rifles and machine guns. In the beginning you can access a pistol, sub-machine gun and AK-47 rifle which represent difficulty levels. Once you have chosen your weapon there are 30 levels to complete with a boss at each 10th level.

The graphics in iGun Zombie are excellent with good game controls. Simply move the gun target with one hand and touch to shoot with the other hand. I found that putting the motion sensor to the highest sensitivity was best. The object is to kill the zombies but execution can be a bit more trickier. You need to reload the weapon during game play which is not automatic so keep an eye on the bullet count. Besides blasting the zombies there are two other options that can help. The Bullet Time button slows down the zombies allowing a more effective kill. This will be critical to use when there are waves of zombies that become overwhelming. There is also the nuclear option of using the grenade that kills everything on the screen and is just plain awesome. The other big trick to the game is head shots which kill much faster than body shots giving you more time. Otherwise you just need to be a badass and kill quickly. 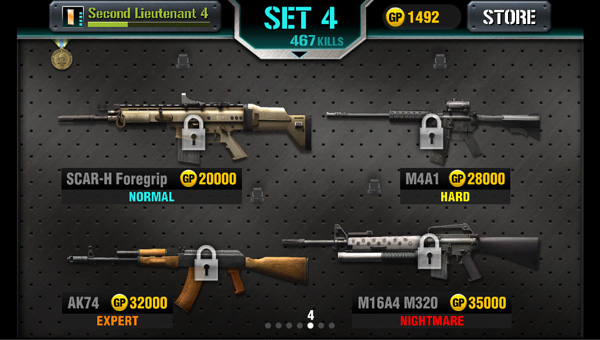 Like other freemium games there are opportunities to like on Facebook and other options to get more points. Otherwise there is always the option of purchasing weapons and other upgrades to help in the game. You can also post your results to Facebook and let other know how much a zombie killer you are. Whether you’re a novice or a sharp shooter there is lots of fun in killing zombies, specially on a nice big tablet. Checkout iGun Zombie and let us know what you think.