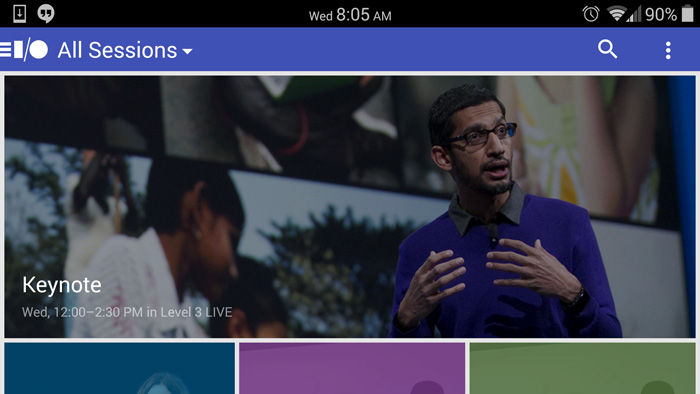 Summer is always an exciting today for many reason, but in the tech world it’s especially exciting due to developers conferences. Just last month Apple had their developer conference and today is even more exciting because it’s the annual Google I/O conference. The keynote kicks off today at 9am pacific time and there should be plenty of great Android news. So what do we expect.

It has all but been confirmed that the next version of Android 5.0 will be announced at the keynote. This version will start with L following KitKat although it’s not clear yet what it will be called. Lollipop has been thrown out there but I hope that’s not the name. Another rumor that is close to being confirmed is that Google will announce Android TV with a focus on gaming. This is basically the replacement of the failed Google TV and will carry many of the same features of Google Chromecast. But being able to play Android games on the big screen is a big deal and Android TV might finally make that happen.

Those are probably the biggest announcement we are going to hear although there will definitely be more. Android wearables and Android Car is sure to also be a part of this conference. Those are certainly the next frontiers that big tech companies like Google and Apple will be fighting it out. Apple has already announced their integration in cars and they are rumored to release an iWatch this fall. So things are going to to heat up and be exciting.

As always you can watch the livestream of the keynote and all the others sessions on your computer or using the Google I/O app. Links are below and let us know what news you’re hoping to hear at Google I/O 2014.