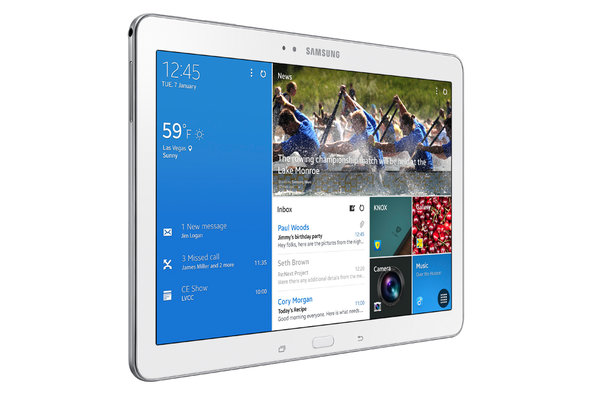 We know there would be no shortages of tablets announcement at CES 2014 and Samsung has come out strong with 4 new tablets. There is no doubt that Samsung has done really well in the phone market with the S4 and Note 3 but their tablets have low market share. Apple is still the king when it comes to larger 10 inch tablets while in the 7-8 inch both Google Nexus 7 and Amazon Kindle Fire have done well. In the usual Samsung fashion they are providing 4 new professional tablets in various sizes including two 12 inch tablets. Now you might say who would want such a large tablet, but then again that’s exactly what people said about the original Note and we know what happened with that. So let’s take a look. 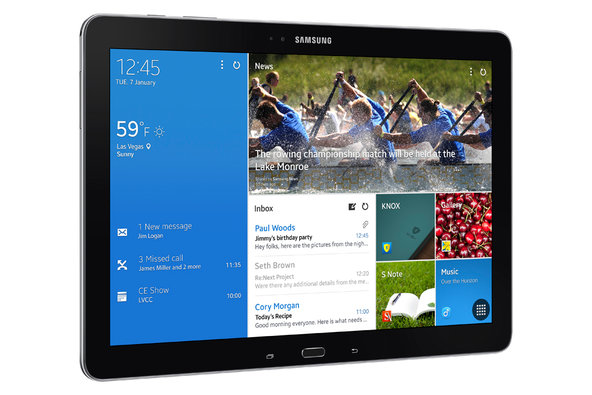 The Galaxy TabPRO comes in three sizes that includes 8.4, 10.1, and 12.2 inches. All three are very light and similar in hardware with high-resolutions screens. The only notable difference are the TabPRO 12.2 having 3GB of ram versus 2GB for the rest. The NotePRO 12.2 comes with the stylus that we are accustomed to in the Note series of tablets and also includes the high-resolution screen. Samsung is also using a new magazine style app design rather than the traditional app grid that we are used to on Android. The larger tablets are mostly aimed at professionals who would benefit from the larger screen size. All the tablets come pre-loaded with professionals tools and apps like Bitcasa, Cisco WebEx Meetings, Easilydo Pro for Tablet, Sketchbook Pro, and more.

We can expect that the pricing for these line of tablets wont’ be cheap and less aimed at consumers. More businesses are handing out tablets to their employees and most of them tend to be the iPad. This is probably where Samsung wants to compete and provide a real alternative. It will be exciting once the products are released and we can have a full review. Pricing and availability have not been announced and should come later. Let us know what you think about the new Samsung tablets in the comment sections. Are you planning on getting one of these tablets.