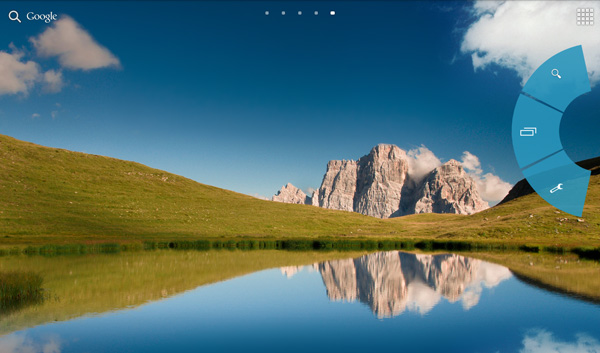 Sometimes certain apps come to the Google Play Store and you just wonder why no one has done this yet. If you have ever used Dolphin Browser or certain other apps then you may be familiar with or used quick control features. This is where you swipe from the left or right side of the screen and a wedge menu appears giving you “quick controls” feature. Now this is nothing new but has definitely been under utilized in apps. But where it makes sense and can be very useful is part of the home launcher. Up to this point I’m not aware that anyone has incorporated quick controls in any launcher. Why not, specially on a tablet where you are constantly holding your device with bother hands. That’s where TasKarou Launcher comes in with their quick controls launcher overlay. 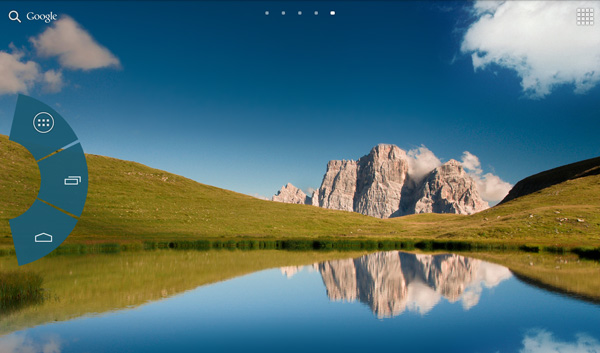 The TasKarou Launcher doesn’t replace your current launcher but actually run on top if it as an overlay. I tested it on my Galaxy Note 10.1 and found it to work with no issues and didn’t cause any lags or problems with my current TouchWiz launcher. Swiping from the left or right side of the screen brings up the wedge style quick controls. You have options for search, recent apps, and setting for the launcher. If you continue to move your finger in the same direction then the controls change. You get a second set of options for all apps, recent apps, and home. 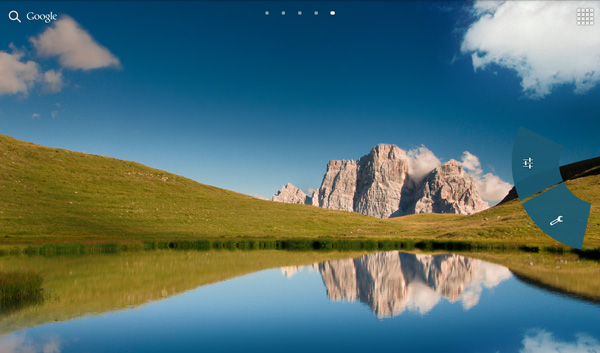 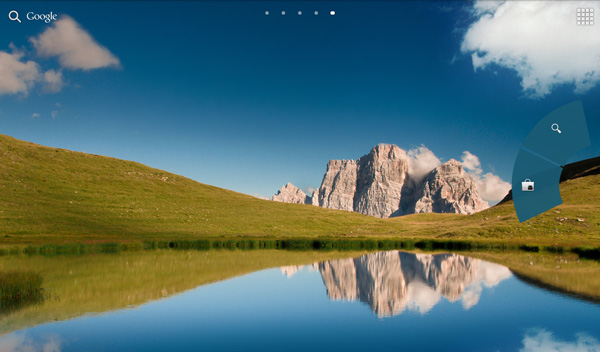 There are two other options for quick controls that can be accessed. If you swipe from the screen then move up you have options for search and the Google Play Store. Swiping from the screen then down gives you WiFi setting and launcher setting. You have several options that are cleverly revealed through simple swipe that are very easy to do on a tablet. The things on the wish list would be the option to add custom shortcuts which currently doesn’t exist. But a really nice addition to any tablet and hopefully something that will be used by others in app development. Checkout TasKarou Launcher and let us know how you like it and what improvements you would want in the app.