Samsung losing ground to other manufacturers 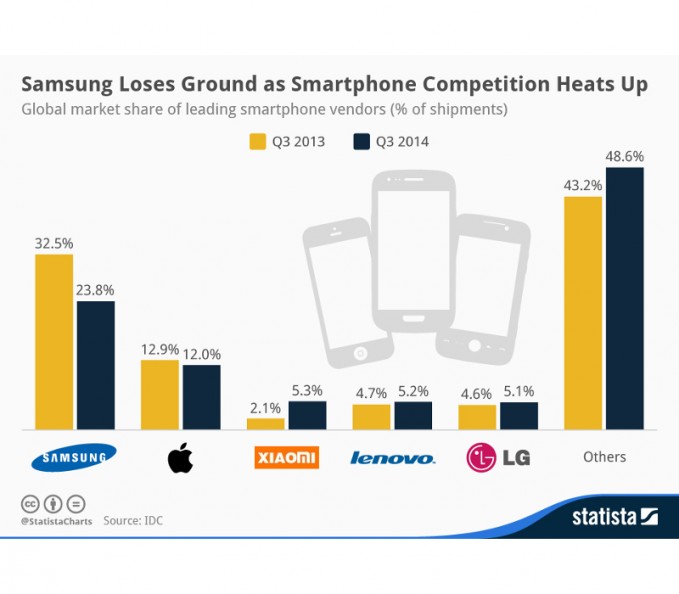 Samsung, once king of the Android market, have seen a reduction in fortunes in recent months. Over the last few years Samsungs profits from it’s once very profitable mobile phone division have seen a remarkable decline. Sales of it’s latest Galaxy S5 handset have been luke warm and it’s failed to build on its previous success.

Statista have released a graphic that shows the drop in market share that Samsung have experienced over the last year. The graph, which shows the share of the mobile device market by the main players, also hints at other interesting facts. Whilst Samsung and Apple have both seen reductions in market share, Xiaomi has seen an increase in sales along with Lenovo. LG have also worked hard to increase their position and their G2 and G3 handsets have been widely seen as some of the best devices on the market. The Other category, which includes HTC and the Nexus brand, has also gained more share, understandably as both HTC and the Nexus range of devices have been applauded recently.

The full article can be found here.