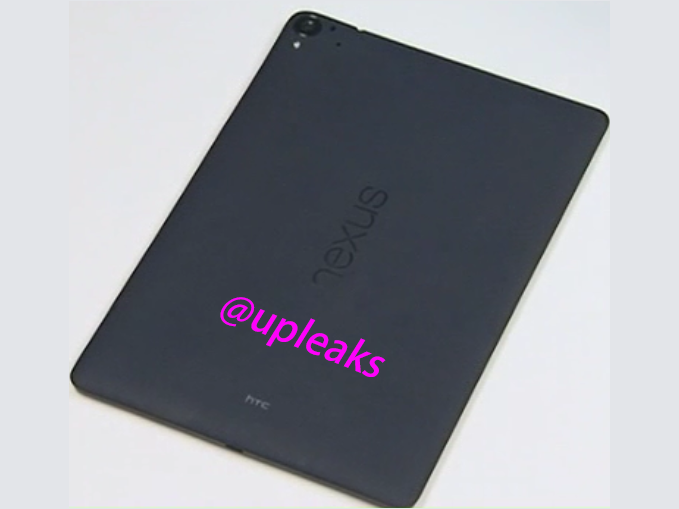 @upleaks has released a photo of what is claimed to be the upcoming Nexus 9 manufactured by HTC.

It appears to be very similar in construction to the most recent Nexus 7. Many people hoped that the HTC Nexus 9 would be made from the same aluminium unibody tech as seen in the HTC One. The black rubberised appearance in the image would seem to discount this view. Saying that, when the unibody is such a well loved feature of the One, I can’t see that HTC has a motivator to use it on what is effectively an outsourced device. Best keep your best features for your own devices.

It could be a fake, and it would be no surprise if it were, but this close to release it’s possible it’s the genuine article.