Warfare Nations for Kindle Review. War, what is it good for?. 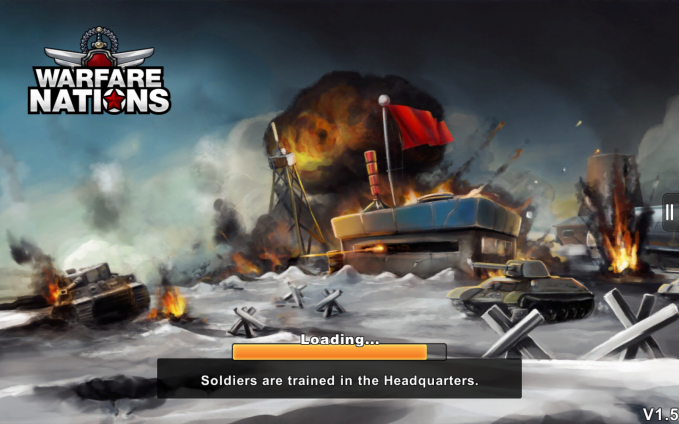 Welcome to our Warfare Nations for Kindle review. In Warfare Nations you play as one of two warring countries, both plotting to take over areas of the map by attacking strategic buildings which earn gold and resources. As you progress you can upgrade your buildings and build a greater range of troops and, more importantly, bloody big tanks. 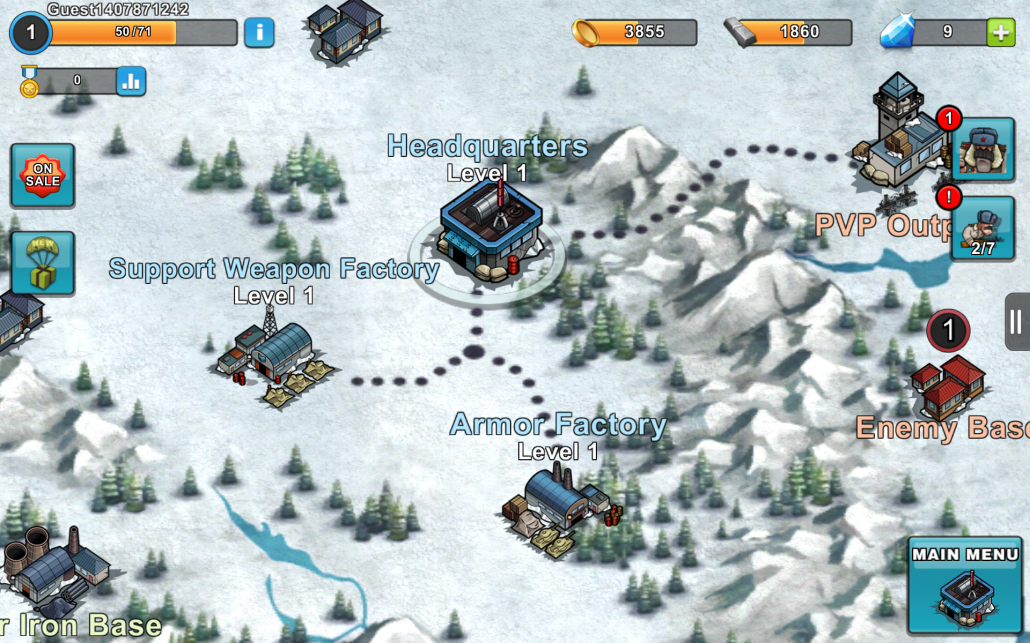 The map screen in Warfare Nation

Warfare Nations, at the time of writing, is a free-to-play title which features the usual range of in-app purchases. It makes use a time mechanic, whereby building units or upgrading buildings takes a given amount of time, and you can speed these up by using crystals. Obviously you can buy more crystals as required.

I have to confess right now that I’m no lover of in-app-purchase orientated games, and particularly not of time based purchasing. If I have a bit of time to play a game, don’t make me wait 20 minutes to build some upgrade, because in that 20 minutes I’m going to go off and find something better to do instead. Saying that, when playing Warfare Nations I never felt that I was having to wait a very long time, and I could easily play other missions whilst I waited, so perhaps they have found a happy medium.

The graphics in Warfare Nations are really sweet. They’ve taken a cartoony approach and it looks really good. The map screens feel really…well…lush somehow and the soldiers are just comic genius as you see them march along. The sounds are pretty good, if a bit simple, but the music hums along nicely in the background. I’m not sure it ever really pushed my Kindle HDX to it’s limit but then it’s not really trying to be that kind of game.

All in all it’s not bad. I wasn’t expecting much when I started playing it, sat on the sofa, with half an eye on the telly. But in reality I was pleasantly surprised. It can be annoyingly hard, but then I’m still playing it, so it’s not too hard. Because of it’s time based in-app purchase mechanic, you get advantages by leaving the game alone for a while, which is handy but not really cricket. I left the game over night and in the morning I found I had enough gold to upgrade a building without really do anything.

I would like to see an improvement to the movement of the characters. Currently you can tell them all to attack at once, or you can control each one individually. However you can’t easily group them and it would be nice to be able to draw a line around a group of soldiers and tell those units to attach whilst holding back on other units. It would also be good to see longer mission maps.