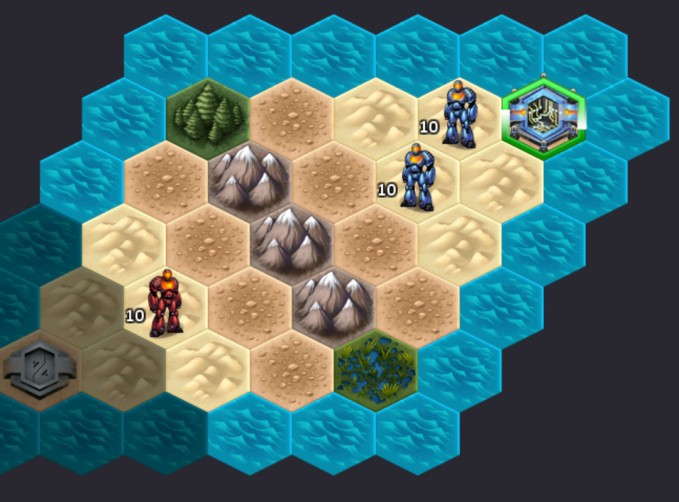 I’m a sucker for a real time strategy game. It’s long been my favourite genre of game since Dune II came out in 1992 on my trusty Amiga. It’s a tough genre to convert to the mobile platform, but UniWar has been doing it well for several years. So with that in mind, here’s our review of UniWar HD. 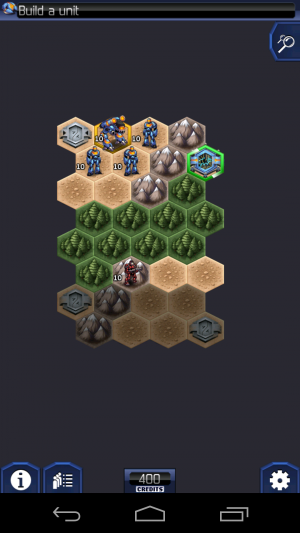 Sticking with a traditional hexagonal tile landscape, UniWar puts you in charge of one of three armies, the Sapiens, the Titans and the Khralians over 21 single player levels. Each player takes turns to move their units, attacking others, repairing, capturing the full  gamut of  actions. As you progress you’ll get short tutorial sections and an increasing range of units become available.

The graphics are basic but really fit the feel of the game and hark back to other small-screen classics like Advance War. On my Nexus everything appears pretty small and it’s a shame you can’t zoom in more. You can zoom, but there’s only two levels; tiny and not-so-tiny. Having the ability to zoom in on a cluster of fighters and appreciate the graphics would be nice.

UniWars also includes several multiplayer options. You can play online against a friend or play a versus game with both players on your device. There’s a map editor.

I really like UniWar. It’s a basic game without any massive sense of advanced game play, but it’s really challenging and achieves what it sets out to do really well. If you’re looking for newer RTS games, or something with in-app-purchases then look elsewhere. If, however, you are looking for a good cheap game that counts as one of the best RTS games on your device, grab a copy today.