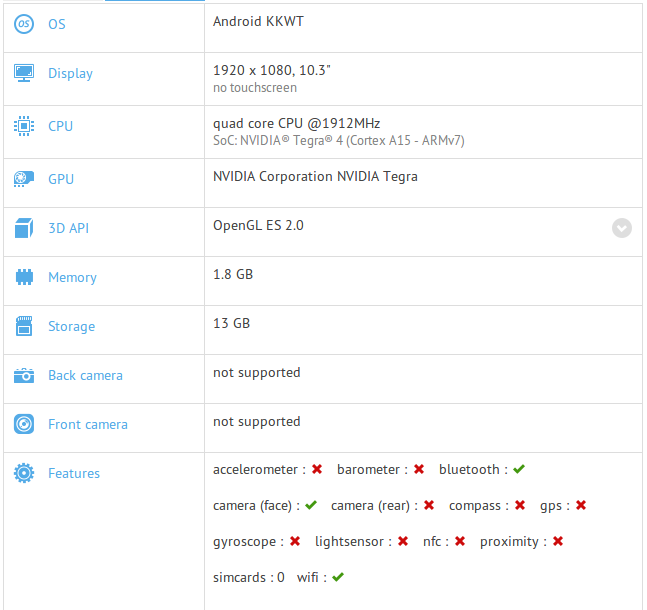 Rumours are flying this morning after GFXBench published benchmarking information on a device reporting to be a “Nexus Foo”.

If the benchmarking information is to be believed then the device is reporting some weird specs. It has, apparently, no touchscreen support though reports having a 10.3″ display. It has no rear facing camera and no accelerometer, gps or light sensor.

The tech specs seem decent enough, with a NVIDIA® Tegra® 4 system-on-a-chip and 2GB of ram. Here’s the full details. 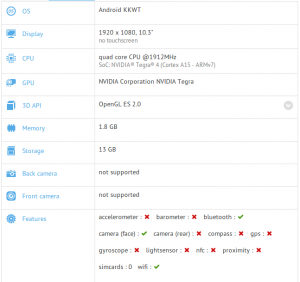 Now, in reality the device could be mis-reporting it’s specifications in order to prevent people guessing at the release of a new product. It would seem odd to work on a new device in secret then run a benchmarking tool that’s known to report on the specs of devices that use, though it’s happened a hundred times before. It could also be that the device is a low price tablet, without all the bells and whistles of the current Nexus range.

What do you think it might be? Let us know.