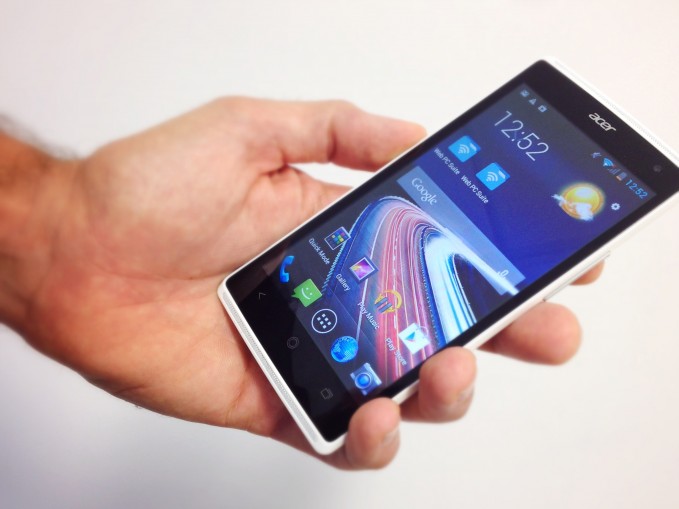 The Liquid Z5 is one of several Acer phones aimed at the budget concious consumer. Over here in the UK it’s sold by Asda and Amazon (what isn’t).

The Acer Liquid Z5 is a decent looking phone. The first thing you notice is the whopping 5″ screen. It’s a pretty weighty device as well and you notice every bit of its 150 grams. That being said, I don’t mind heavy phones, all the better to feel that it’s still in your pocket. 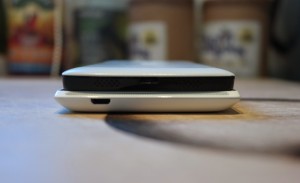 Liquid Z5 (bottom) compared to a Nexus 5 (above)

The case itself feels sturdy, if a bit a on the plasticy side, which is understandable on a budget smartphone. However it’s not enough to put you off the phone itself. Samsung phones have long been receiving comments about the plasticy nature of their cases, and it’s not been enough to put any of us off them so far. One the rear of the phone you get the usual lense and flash, along with a button that plays or pauses the current track in Google Play Music. 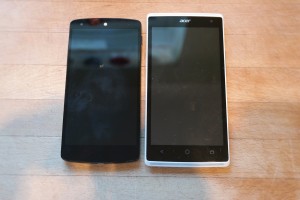 Acer Liquid Z5 and Nexus 5 side by side

The screen, which as I mentioned above is a good size, does suffer from a low resolution at 196 dpi. This is mostly noticeable when you put the Liquid Z5 along side a higher priced phone such as a Nexus 5 or a Samsung S4 or S5. Despite the low resolution the screen is bright and clear and certainly usable.

Overall it looks and feels pretty chunky and solid. The side mounted microSD card slot has a reasonably solid cover on it, though my experience is that the covers for these types of slots will break at some point no matter how robust. 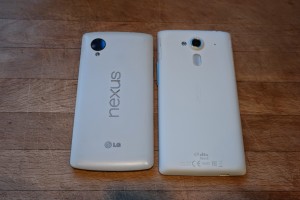 Aug 23, 2014Oliver Marshall
Page 1 of 41234»
Swing Copters gets beaten in the charts by its own clonesUniWar HD Review