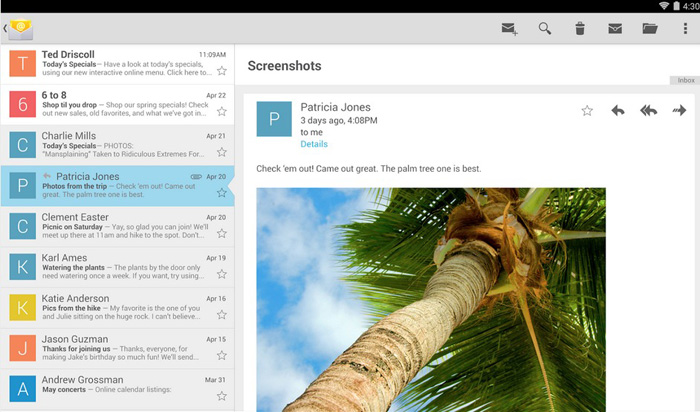 Starting about last year Google went on a mission to release many of its core Google apps in the Play Store. Previously these apps were only part of Android and you could only have them get updated with your Android software version was updated. But this became an issue since many manufacturers were very slow to upgrade Android. So, Google went around manufacturers and starting releasing their apps in the Play Store. Great move on Google.

Now most of the Google major apps are in the Play Store and in full upgrade control by Google. They can be updated and pushed to device regardless if you are on Android 4.x or 3.x. or even earlier. Continuing this trend Google has now released the Android stock email app in the Play Store as well. That’s right there is actually a stock email app in addition to Gmail app. You can use this to add other accounts or corporate accounts. If you want to try this then head on over to the Play Store and get the latest version. Now you can be sure that the app will be updated and new features added regardless of your phone version or software.