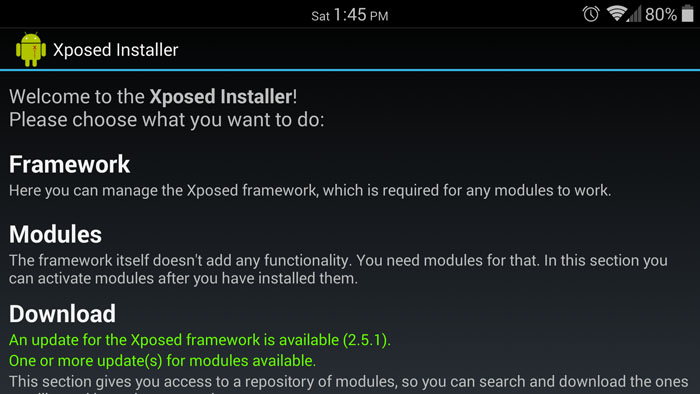 If you’re at all into rooting and customization your phone on Android then you know that features and performance is what you’re chasing. One way to get those is to change your entire software and install a custom ROM that is usually configured by someone else. The annoying thing is that each time you have to set up your phone again and there is always one feature or two missing from the ROM as well. Also ROM are hardware specific which if you don’ have a popular phone then you may be out of luck with development. That’s why when Xposed Framework hit the scene it was a total paradigm shift. Now you can just take the features your wanted from each ROM as a module and inject it right into your current phone. Completely liberating your from installing ROM. I love it and use it daily on my Nexus 5.

I love my Nexus 5 with Xposed framework which adds tons of cool features while still using stock Google software. I have PIE controls, center clock, immersion mode, icons packs, and tons of customizations. Even though I prefer the stock Google software, the phone is so much better with these mods.

Now as others are joinging the Xposed Framework paradigm the community is growing. That’s why XDA, which is one of the premier forums for Android,  has announced that they are adding a dedicated forum for Xposed Framework. Now you can head there to discover all the cool new modules while asking questions and learning. This is great news and I’ll be checking the forum daily and looking for cool new modules to add to my Nexus 5. So check it out and let us know what features and modules you’re using on your phone.