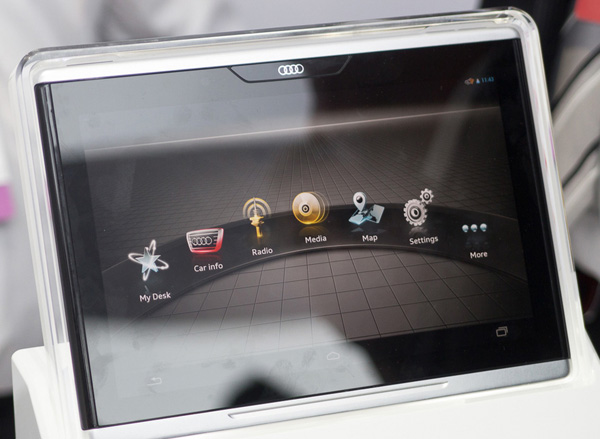 There are plenty of times that you would think to take your tablet with you on a car ride. Maybe it’s for the kids to watch some videos or play games while other times you may be on a long road trip. Maybe you want the larger size tablet to use with Google Maps and navigation. But what if your car already had a tablet as part of it. That’s the newest idea behind the Audi Smart Display 10 inch Android tablet. 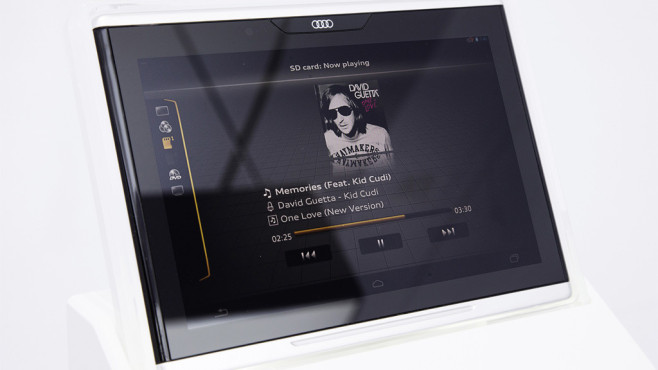 As part of the new Open Automotive Alliance, Audi has announced the their Smart Display tablet for the car. This is a Nivida Tegra 4 powered Android tablet running a custom version of the Android OS. More importantly it’s a special built aluminum shell tablet that is cold and heat-resistant. Audi said that they tested other Android and iPad tablets and found that they could not withstand the same temperatures. It has connectivity through the car WiFi and you have access to the full Google Play Store. The tablet is meant for passenger use and it fully connects to the car infotainment system.

I think this is a good beginning between an alliance of Android and car infotainment. I think it’s still not clear how useful this specific tablet will be and that might depend on price and packaging. But bringing the full the functionality of Android and the web to the car is a good goal. I think it does depend on the version of Android being used and the functionality it brings and extends. But I will be excited to see this in person once it’s released. Let us know what you think about the new Audi Smart Display. Will this sway your purchasing decision in any way.