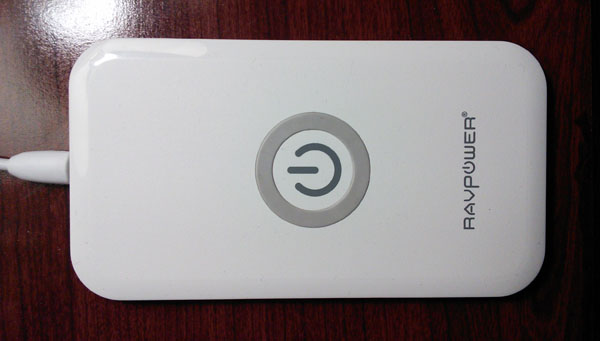 Wireless charging is a technology that has yet to catch on with most users and devices. But there is no doubt that it is the future and that will be the method of how we charge all our devices. Recently I purchased a Nexus 5 which comes with the technology built-in. There have been many standards for charging but things have now settled on the Qi technology which is included on all Nexus devices. Google just released their own wireless charger in the Play Store. I went with RavPower Wireless Charger Pad which I will discuss in this post.

If you have bought a device in the past year there is a chance that it will be compatible with wireless charging. It is not guaranteed and you’ll have to check your individual device and make sure it is Qi compatible. All the Nexus devices have the technology which includes the newest Nexus 5 and Nexus 7. If you device is not compatible, you’ll need to buy a new back cover that will enable wireless charging. Not the best solution, therefore if you are in the market for a new phone this may be a feature to check.

Once you have your device and wireless charger in hand then the rest couldn’t be any easier. Simply place the device on top of the wireless charger and you’re good to go. The quality part on chargers comes with the contact point and how liberal it can be with the device. In some chargers you have to set the device in a perfect position for it to work while other devices are more forgiving. Wireless charging does charge at a rate of 75-80% of a regular plug charger therefore charge times will be a bit longer. That really hasn’t been much of an issue with my Nexus 5 but on the Nexus 7 with a larger batter it does take longer. 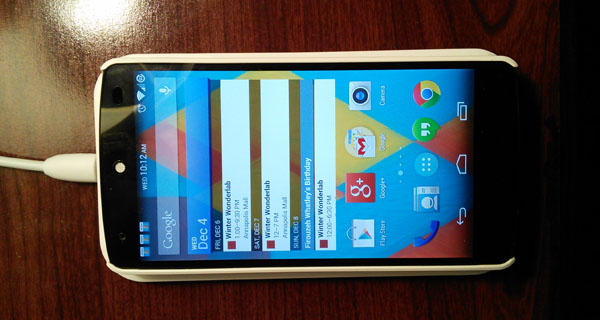 So are I have been very happy with the Qi RavPower Wireless Charging Pad. It’s just a bit bigger then my Nexus 5 device which makes it easy to place the phone and have it charged. I really don’t have to worry how I place the device and it responds well. Using it on my Nexus 7 is a bit more trickier since the device is larger and require that I place it in the middle. But it’s a minor point and also hasn’t been a big deal. But charging times on the Nexus 7 are longer since the device has a larger batter. I’ve found that the Qi charger doesn’t overcharge the device or cause elevated temperature since I routinely leave it to charge overnight.

I would highly recommend the Qi RavPower charger and wireless charging overall. It’s a great way to charge your device even thought it seems like a small difference compared to plugging it in. But rest assured, once you use wireless charging then going back won’t me so easy. Let us know your experience with wireless charging and if you plan on using it yourself. Will this be a must have feature in future device you buy.