There is no doubt Temple Run has been a huge success as an app and created the endless runner genre. Since then Temple Run 2 has been released and many copycat apps. Although Temple Run is a great game I always thought that it could be better and needed to add some more elements to it. Now Gameloft has released the Despicable Me Android app in conjunction with the upcoming movie. The app is an endless runner style game but in my opinion they took that concept to the next level and perfected it. This is one of the best and most funnest game that you will play. Let’s take a look at the detail. 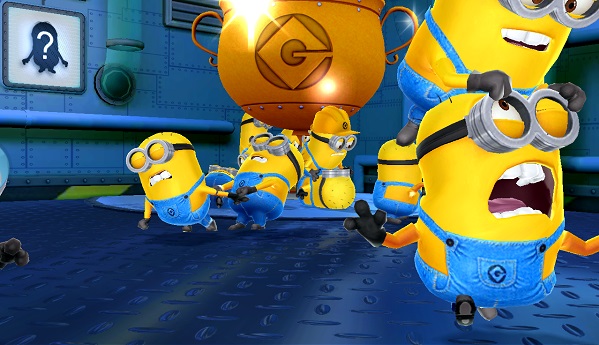 The first thing that sets Despicable Me apart from other games and specially Temple Run is the awesome character and beautiful graphics. The game is very rich in color and all the object just pop-out on the screen. Also the animation and the lovable Despicable character is just great. Also in this game you get complete different scenarios to play. You start in the factory but then move on to the street and more. It’s more interesting as the scene changes and the obstacle become visually different. 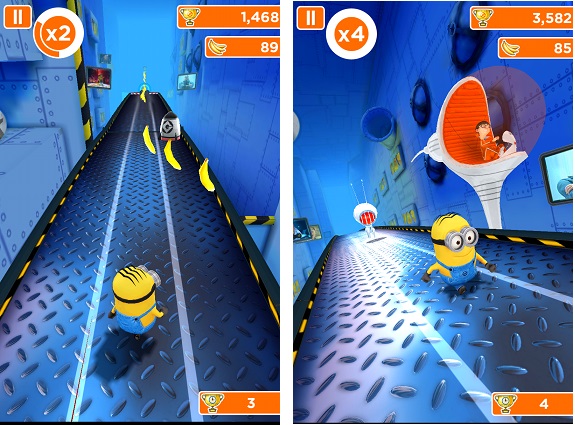 The game play is similar to Temple Run in that you mainly slide left-to-right along with jumping and ducking. The left and right movement is different in that you have three distinct lanes to move rather than the free-flowing tilt moving in Temple Run. You’ll need to collect bananas along with way and also make yourself despicable by knocking off other despicables along the way. Another thing that I like is that you get to have boss fights which is a great addition. The view-point of running also changed at several places that adds a bit of challenge.

There is the option to power up using bananas and coins that you get through the game or you have the option to purchase them. There are also costumes that you can get each with their own powers. Just like most Gameloft games there is the opportunity for in-app purchases that will help you reach your goals faster. But this game can be enjoyed without buying anything and I will credit Gameloft for that. 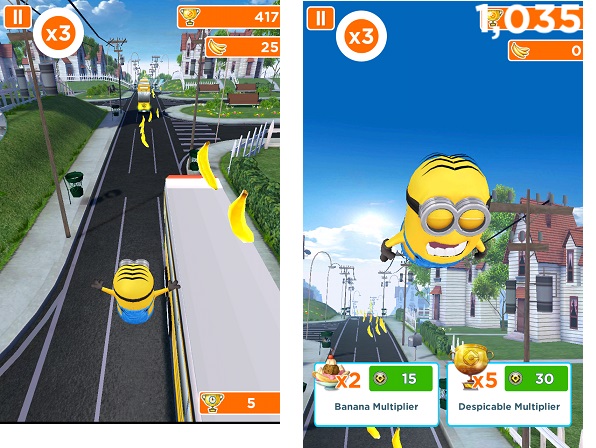 I love playing this game and by the reviews on the Play STore it seems that others agree. Gameloft really hit it out of the park in this game and in my opinion really perfected the style of runner game. That added with the great Despicable Me character and you just can’t go wrong. So checkout the app and let us know what you think in the comment section.