Is the Nook HD with Google Play Store a Better Deal than Kindle Fire HD?

Barnes & Noble has been competing with Amazon in the tablet and e-reader market for a while but it may have recently just gotten a big advantage. That’s because they announced that the Nook HD tablet will officially have access to the Google Play Store. This is pretty big news since the Amazon Kindle Fire doesn’t have access to the Play Store and it required root access to get it. So now in terms of apps the Nook HD is definitely ahead of the Kindle Fire. Amazon does still offer an advantage with music and movies but now you can also get those from the Play Store. So is the Nook HD now a better device than the Kindle Fire HD. Let’s dig a litter deeper and find out. 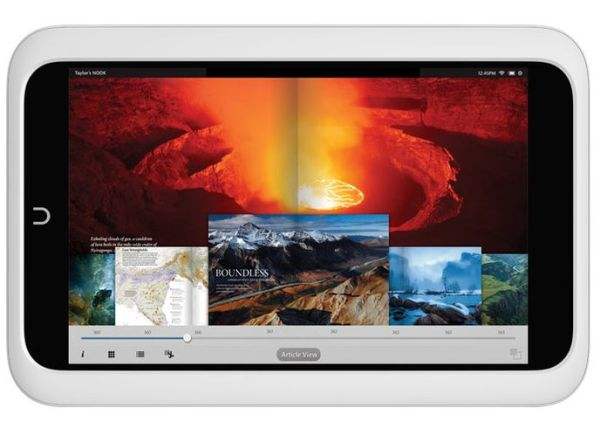 Now access to the Google Play Store in my opinion is a pretty big deal for the Nook HD. That means you can just buy the tablet and immediately be downloading apps, book, music, and movies from Google. Now with the Kindle Fire you are pretty set with books, movies, and music from Amazon but the apps is a real issue. The Amazon Appstore is limited in their selection and they are missing a lot of good quality apps. You’ll have to spend a lot of time to sideload apps or root your Kindle Fire to get the Play Store. Here at Android Cowboy we’ve been helping users do that with the Kindle Fire. But it’s nice not to have to go through the hoops.

In my opinion I think overall I would choose the Nook HD tablet at this point over the Kindle Fire except for one reason. That would be if you are really into watching movies and shows on the Kindle Fire and you are an Amazon Prime Member. In that case the Kindle Fire has a real advantage over the Nook HD which can’t really be matched. Books aren’t a big deal because you can still access all of the Amazon books through their app from the Play Store in addition to the Barnes & Nobel books. So it’s really movies and entertainment that might push you to the Kindle Fire HD. So is your next tablet a Kindle Fire HD or Nook HD. Let us know what you think in the comment sections.