Recently Gameloft has been releasing games in conjunction with every superhero movie that is released in theaters. Next week Iron Man 3 will be released and is probably going to be a big hit at the movies. I’m certainly going to be watching it myself. Just in time Gameloft has released the official Iron Man 3 game in the Google Play Store and early review look descent. 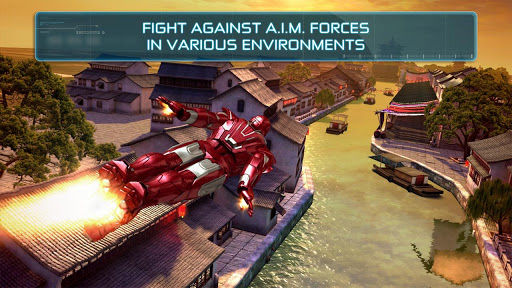 As with all recent Gameloft games, Iron Man 3 is a fremium game. That means what you get out of the game will depend on how good your are or how much you want to spend. But as usual the game graphics looks good and gameplay is similar to other Gameloft games. As commander of Stark Industries you have the chance to develop up to 18 suits which is pretty cool. You’ll fight big bosses, fire cool weapons, and do some flying. Now who doesn’t like that. If you are a big fan of Iron Man and like Gameloft games that you’ll probably enjoy this one. Check it out and let us know what you think in the comment section.