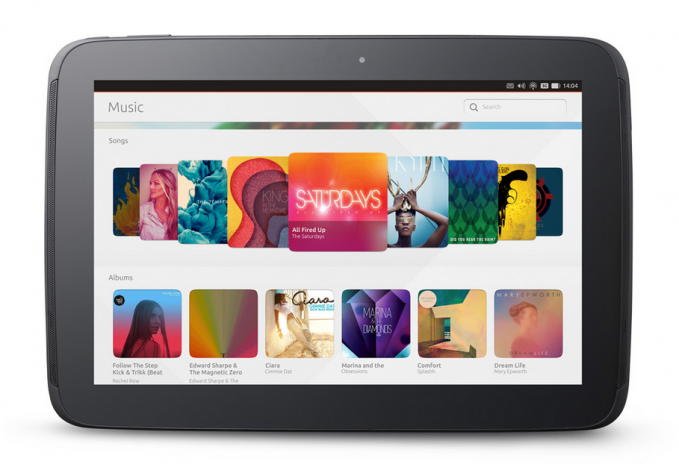 Looks like Android and iOS have a new competitor on their hands with Canonical’s announcement of Ubuntu Touch for handsets and tablets. This had been rumored for a while and the Ubuntu for phones was basically confirmed but the tablet is a new addition. I think competition is really good and Canonical’s Ubuntu should be a very worthy competitor to both Google, Apple and Microsoft. Initially the Ubuntu Touch Developers Preview will be available for download and install on Feb 21 for Nexus devices. More tablet devices will be announced at the Mobile World Conference on Feb 25 to Feb 28.

Now the question is why you would want an Ubuntu tablet and what advantage could it have over Android and iOS devices. Well, there is no doubt that both Google and Apple are slowly trying to merge the PC software with the their mobile software. Microsoft has done this with the Surface Pro tablet but not with a truly full integration. Ubuntu Touch allows a full integration of a desktop and Mobile OS as one operating system on any device. This gives it a huge advantage over all the other operating systems.

The Ubuntu Touch interface has the ability for multitasking and multiuser login. It supports a variety of tablet hardware and screen sizes from 6-20 inches and can run native apps and web apps together. So far the interface looks great and but we won’t know details until there is some hands on experience. But I would say that things look good and Ubuntu should do well with some good marketing. You can find more info by following the Ubuntu link below. Let us know what you think about the Ubuntu Touch tablets announcement and if you might consider it as your next tablet.