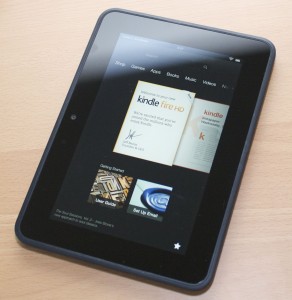 The original launch of the Kindle Fire in October of 2011 signaled the start of the tablet wars. Prior to the Kindle Fire, there were e-readers, the iPad, and all the other also-ran tablets that couldn’t compete with Apple. The Kindle Fire created a market niche with its $199 price point. It couldn’t compete with Apple’s iPad on features, performance or design but it had cemented its place as a beefed up e-reader and low-end iPad alternative that really did a lot of things well.

Now, with the launch of the Kind Fire HD, Amazon has further cemented its hold on the affordable tablet market while also closing the gap with Apple on performance, style and features. The Kindle Fire has been so successful that it is rumored to have forced Apple to develop a 7 inch tablet in order to try and compete, and limit the loss of market share. The Kindle Fire HD release is also on the heels of the Google Nexus 7 which entered the market this summer at the same price point but with more features than the original Kindle Fire. Ok, enough about the competition, let’s take a look at Amazon’s latest offering, the Kindle Fire HD 7 inch version.

The upgrades abound. As the name would suggest, it sports an HD screen with 1280 by 800 pixel resolution. And it has addressed one of the chief complaints lobbied at the original Kindle Fire, by adding anti-glare technology that really works. Even in brightly lit rooms, the Kindle Fire HD has minimal glare. The HD display is also a huge improvement, though it still lacks in the clarity you get from Apple’s Retina Display technology. When you combine the HD, anti-glare display with another enhancement, the Dolby Surround Sound, you have a viewing experience unlike any other tablet. The sound is rich and full and does wonders for watching movies or YouTube videos. Gone are the tinny sounding speakers of the previous version. Another nice feature is the dedicated volume control. Really a must have.

The Kindle Fire HD is available with both 16GB and 32GB storage options. I opted for the 16GB of storage and, when combined with their unlimited cloud storage, seems to be more than enough. Amazon lists battery life at 11 hours. I’ve found the typical life to be more like 9 hours with mixed usage but it’s still much better than the first Fire.  Upon unboxing the Kindle Fire HD, I was immediately struck by the design as well as the weight and feel of the device. Another huge improvement over the rather cheap feeling plastic of the original Kindle Fire was the new metallic backing, slightly longer device and wider bezel. It just feels much more like a tablet. Although it is still very light and small enough that it could probably be crammed into a pocket. I just wouldn’t recommend it.

What I most appreciated about the Kind Fire HD upgrades were the picture and sound quality. Less discussed but still welcome is the enhanced touch screen sensors that greatly improve usage and reduce frustration. The original device was plagued by lack of response or the wrong response with the touchscreen. I would often find my wife cursing and poking the Kindle with her stylus trying to browse the web. I was less taken with the purported download speed that is said to be 40% better than the iPad thanks to dual ported Wi-Fi connections. It was noticeably faster but nothing on the magnitude of 40% better than my iPad (1st generation at that).

The Kindle Fire HD is an Android Tablet. It’s running on a customized version of Google’s Android’s Ice Cream Sandwich software. The new Silk web browser is another upgrade for the Kindle Fire HD. They now offer tab viewing which is essential and the view that’s provided in the browser is a mix of most-visited and favorites. It is far more user-friendly and speedier as they have transferred a lot of the memory usage to the cloud. The preloaded social media apps remain on the new device and cycling through the apps is more user-friendly with the enhanced touch screen options. I immediately downloaded Netflix and HBO Go to take advantage of the new HD picture and Dolby sound. All of the games and apps you would expect are available for download in the app store and it’s worth noting that the Kindle Fire HD is the only Android device that offers HBO Go.

As always, you have access to the Kindle library of over 1.2 million books. They also offer a ton of video content and if you’re a Prime Member, you have access to Kindle’s Lending Library and free movies and TV shows. Many of Kindle’s best software features remain. Amazon’s Whispersync provides fast downloads and cloud access which is tremendous if you’re using multiple devices. I can read books on my device, computer or even the Kindle App on my iPad. And I was immediately able to access all my pre-purchased content right out of the box. 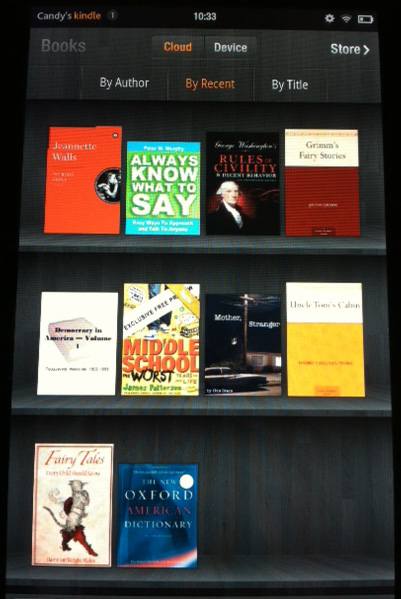 All in all, Amazon has really delivered a solid, easy to use, fun device. When you combine Amazon’s content, the seamless cloud integration that is light years ahead of Apple’s synching experiences, the improved picture and sound quality, and the introduction of cameras with free Skype, there is little else that could be expected for this price-point. I would just be sure to shell out the extra $15 to avoid the occasional advertisement. Some folks might welcome saving the small amount on the purchase price, as the ads are not very intrusive and appear only on the home and lock screens as a small “special offer” in the bottom corner. As with your tablet options, it’s a matter of choice.