If you thought that the Google Nexus 7 tablet would scare away Amazon from the tablet market then today was the awakening. Amazon announced several new Kindle Fire tablets with guns blazing for Google and Apple’s iPad. Not only did they introduce new updated 7 inch tablet but they went big with an 8.9 inch. The new tablets offer several enhancements that includes high-resolution HD screen, reduced glare, MIFI dual antenna technology for faster WiFi transfer, and Dolby audio with two speakers.

The new line of Kindle Fire tablets have competitive pricing ranging from $159 to $249 which is still half the price of an entry-level iPad. The 8.9 inch models costs more at an entry-level of $299 but still a fantastic deal. Amazon also announced a $499 4G LTE version of the 8.9 inch Kindle Fire that will only cost you an extra $50 per year for internet service. That’s a tremendous low price for 4G LTE that is unmatched by anybody although it does have data limits. Overall, the new Kindle Fire line of tablets look amazing and in my opinion poised to be a big success. More info and pre-order links are below. Be sure to let us know what you think about the new tablets in the comments section and if Amazon has now enough tablet fire power to put a dent in the Apple domination. 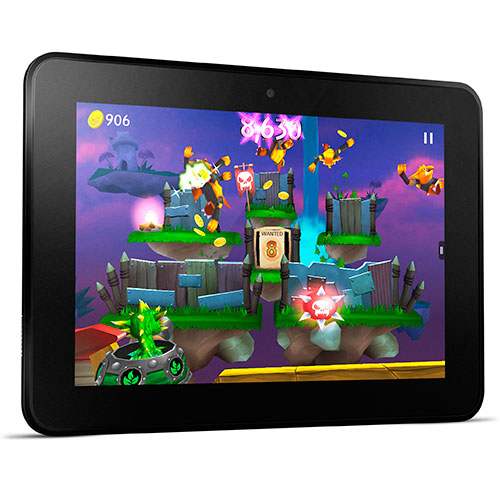