Although the Kindle Fire is a bit under-powered in hardware there is still enough to allow for some good gaming. Gameloft is one of the developers of high-quality games for Android and many of them are available on the Kindle Fire. One of those games is Shadow Guardian HD which is an action-adventure game very similar to Uncharted series on PS3. If you have played Uncharted then this game will feel very familiar and you are sure to enjoy it. Clearly it’s not the same graphics as the PS3 game but very decent for a small tablet like the Kindle Fire. 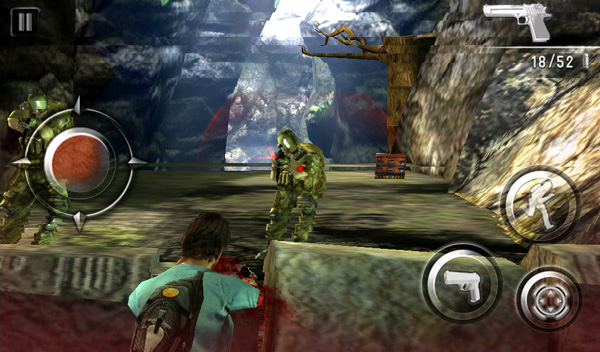 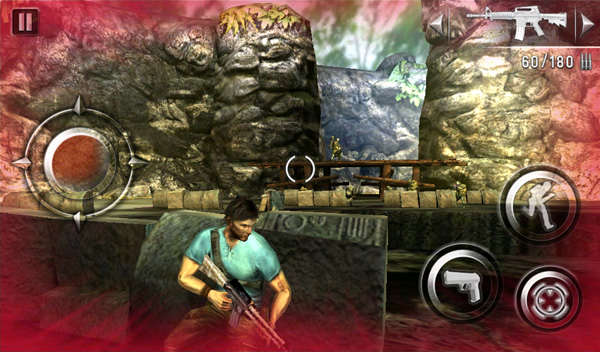 Shadow Guardian story line is about Jason Call a former soldier turned journalist in Ancient Egypt and India. It involves some mysterious material, treasure and saving the world. I’ll skip the finer details here because it really doesn’t matter much. The story line is definitely not the strong point but rather the game play which is much like Uncharted and involves shooting and climbing.

The controls are decent but a bit jerky and rapid in movement although it won’t cost you in the game. Besides the pad you also have the shoot, aim and the action button which has several functions depending on the situation. The action button is used to run, jump, pick up weapons & objects and crouch behind objects. When enemies arrive typically you’ll need to hide behind an object then use the aim button for a close-up of enemies then shoot to kill. The most effective kill is to shoot enemies in the head which will give you extra points and kill in one shot. There is something satisfying about the one shot kill that you just can’t get enough. 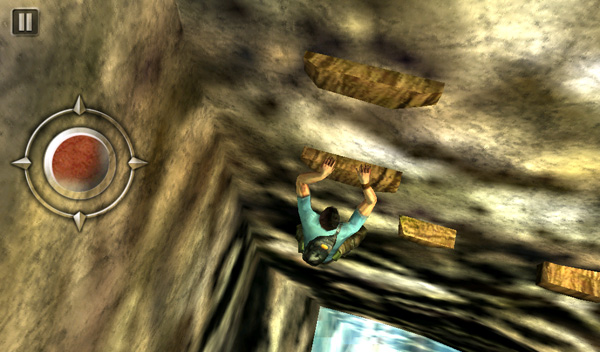 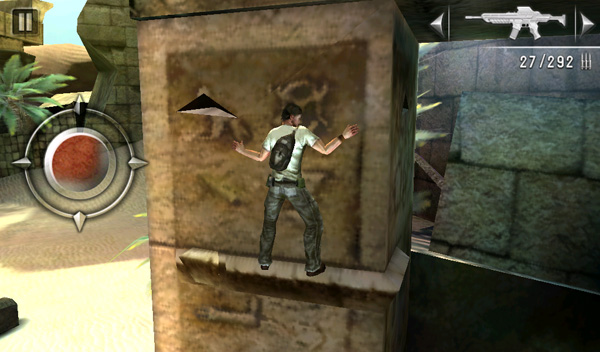 Besides shooting Shadow Guardian involves a lot of climbing up, down, and across. Like Uncharted you’ll have to reach some high spot somewhere and climbing is the only way to get there. But the straight path usually won’t get you there and involves a convoluted path of climbing up, jumping across to another structure, back down and so on till you reach the spot. As a way to build excitement the character will typically lose grip automatically and fall before catching onto something. It helps to keep you on the your toes and will catch you by surprise every once in a while. The climbing parts aren’t difficult and the path is usually easy to find. This is big part of the Uncharted game and it’s no exception in Shadow Guardian.

Shadow Guardian HD has 7 levels that will take anywhere from 10-15 minutes each. You can replay any level to try to beat your time. There is also two difficulty options for each level from rookie enemies to deadly options. Overall a fun and entertaining game with good graphics. 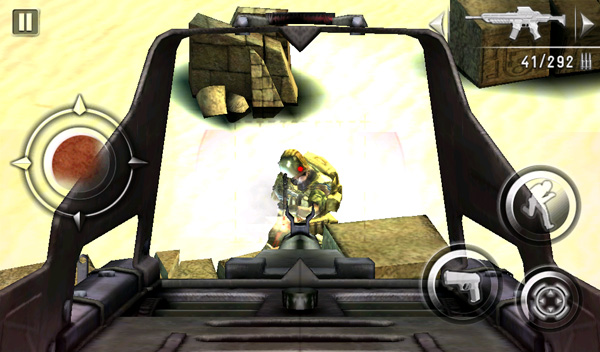 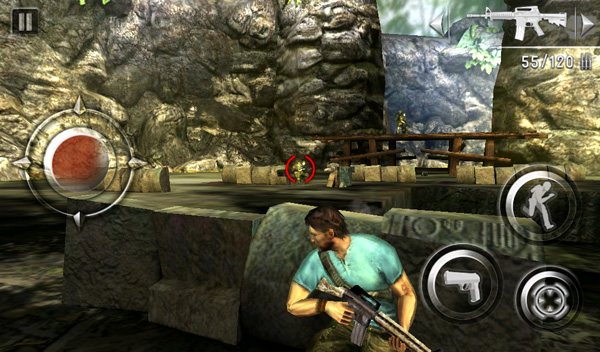 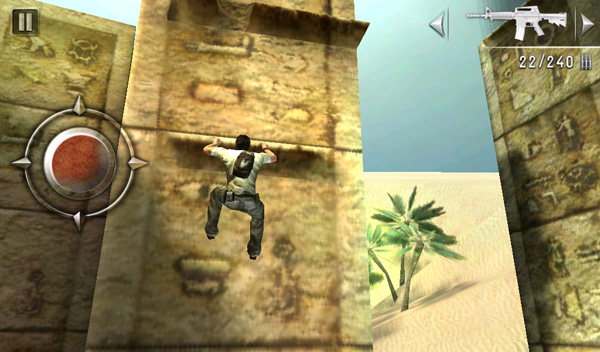