There are many games in the Android Market and some very good ones but many of them tend to be the same. It’s really a nice treat when there is a game that is very different and unique from all the others. They’re hard to find so when you come a cross one it definitely gets your attention. This is certainly the case for Osmos, a physics based game previously available on PC and iOS. Now I know your saying that there are plenty of physic based games in the Android Market but trust me this is different then all of them. The concept is simple, absorb other motes and become the biggest to survive. It’s like Darwinian rules right after the big bang and you’re trying to survive the chaos. So Let’s go on a galactic adventure with Osmos.

Osmos takes place in some galactic space and your are a mote (single organism like species) trying to survive. The best chance of survival is to absorb smaller motes and thus become bigger. If you absorb enough smaller motes then you become the biggest mote in that space and therefore no more threats. But that won’t be your only task since each level has its own challenges. In some levels there are predator motes that are actively trying to track you down. In another level you are in the orbit of a sun and getting off the orbit can lead to your death. Some levels include anti-matter which will shrink you down so you’ll want to avoid those for sure. Many unique challenges await you in this unique survival game in space. 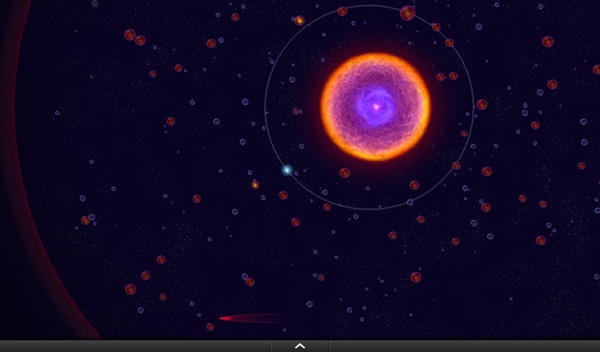 The controls for the game are very simple and based on good sound physics. Tapping behind your mote will move you in the opposite direction but also ejects some mass making you smaller. The faster you move the more mass you lose so don’t be in a rush and take your time. There is two finger pinch for zooming in and out to get a better view of the surrounding. Another cool control is that time can be slowed or sped up by panning left or right. It’s a very useful tool in different situation specially when trying to avoid bigger motes or predators. Overall very simple controls which I really appreciate for a tablet games. 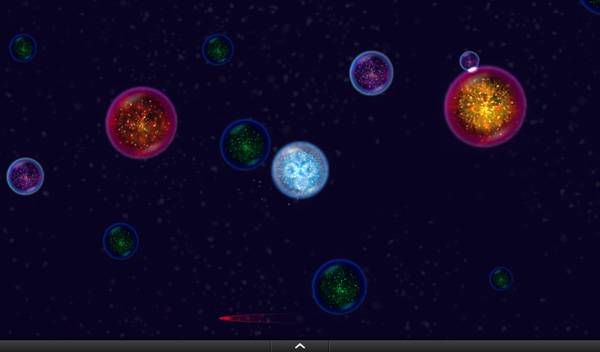 Osmos HD can be played in both Odyssey and Arcade mode. In Odyssey mode there are 8 different levels each with their own unique challenges. Once you have completed Odyssey then you can move on to Arcade mode. Here you get the chance to play any of the levels at with multiple difficulty options. There is plenty of challenge in Osmos that will keep you playing again. Overall I think this game is very unique with fantastic graphics and bright colors. Although the game is new the Android Market it has a 4.9 rating of over 700 reviewers. I don’t think anybody will really be disappointed in playing this game.