Solitaire and related card games such as Free Cell are extremely popular, so it’s no surprise that there are a lot of different apps in the Amazon Appstore. Most of them are not optimized for the Kindle Fire so finding a good app for each game can be frustrating. Fortunately, Concrete Software has made a Kindle Fire version of their Aces Solitaire Pack 2, a top rated solitaire app also available on the Android Market. 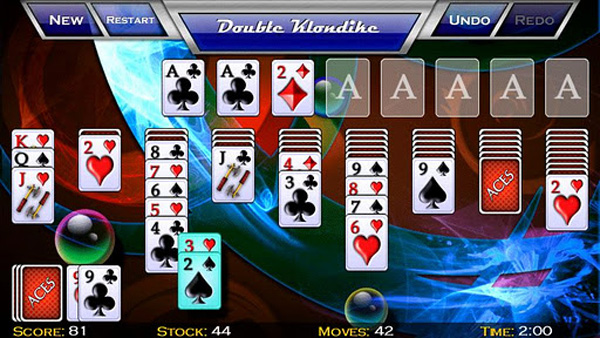 The larger screen that tablets offer is great for card games like solitaire. Aces Solitaire Pack 2 looks sharp and has seven different backgrounds with adjustable contrast. The menus in Aces are simple and intuitive, utilizing a visual layout of each card game allowing you to quickly find the game you want. This is important since 40 different games are provided in the app, which are divided into eight categories like traditional Klondike, Spider, Free Cell, and other solitaire style games. Each game has instructions on how to play and options like number of cards drawn or Vegas scoring that can be changed.

Aces Solitaire Pack 2 feels well designed and has some useful features to improve your experience. Whenever you start the game it will ask whether you want sound enabled. This is great when you need to be quiet or if you are already listening to music. The app will not interfere with streaming music from Amazon either. I love to see statistics about my progress in games and Aces does not disappoint. It keeps very detailed statistics about individual game types, your current session, or every game played. Also a leader board which tracks the highest scores posted by players is included, but considering that someone has somehow earned over 1 BILLION dollars in Vegas style solitaire, I think it’s safe to say that this feature may be broken.

The quality of Aces Solitaire Pack 2 (Kindle Fire Edition) sets it apart from the other solitaire apps. It has great graphics and I did not experience any problems playing it on the Kindle Fire. In my opinion this is the best solitaire game currently available on the Amazon Appstore and completely worth the $2.99 price. 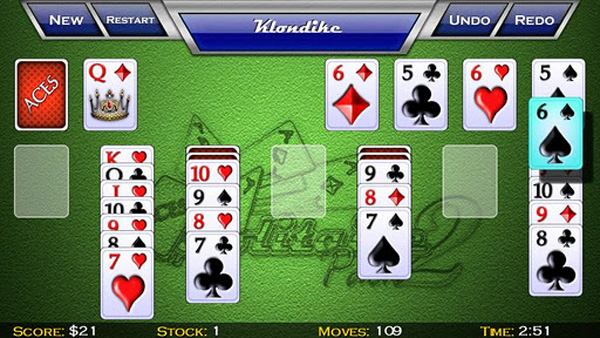 Dec 8, 2011Matt Jamison
Google Catalogs: Browse Your Favorite Catalogs on a TabletGoogle Currents: Consume the Web with Magazine-like Editions on Your Mobile Device