We all want great games to play on our Android tablet so I went hunting for racing games. The majority of tablet games are currently car or moto racing so I tried to find something a bit different. So we get TurboFly 3D which is a futuristic racing game.

In TurboFly 3D you race a futuristic airplane through many different courses. The game features 8 track with 5 different planes. You get 3 race modes that includes the normal finish in top 3, endurance mode, and pursuit. In the endurance mode you have to travel a certain distance without crashing and in pursuit you have to outrun your opponent by a certain distance. In the game you have turbo options along with a few weapons.

What I really liked about the game was the race feel and the controls. You have three control options which include tilt, touchscreen, and keyboard. I found the touch control the easiest to use by simply tapping on the far right or left of the screen to control the movement of the plane. The tilt control takes some getting used to but gives you the best race feel. And if you want the absolute full race feel, you have the option of the cockpit view. All the control were absolutely smooth and the movement was very responsive with no lag on my Galaxy Tab.

Overall, I absolutely enjoyed this game and found it to be very fun but it could use a few improvements. I though that the track surrounding were basic. The game could use more of a variety of opponents along with more tracks. I like the use of the weapons in the game but there was no warning system when you were being attacked from behind by opponents. It also seemed that you picked up weapons by random. It would be better if you could carry weapons upgrade into races. Regardless, I found this to be a great game that you are sure to enjoy.

You can buy the game for ~$1.99 from the Android Market or the Amazon Appstore. 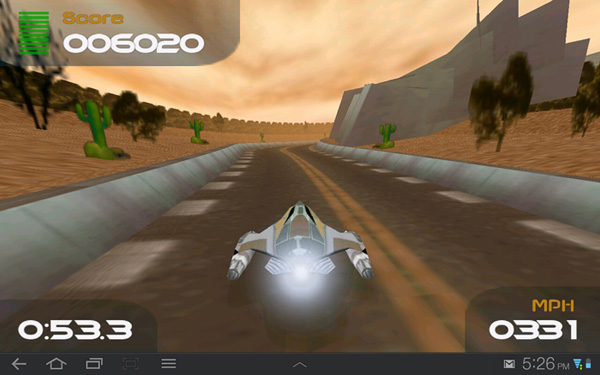 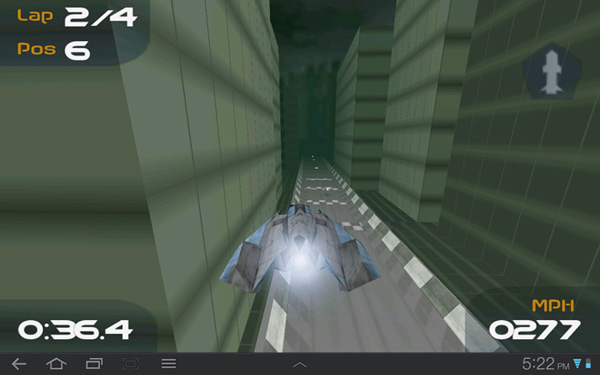 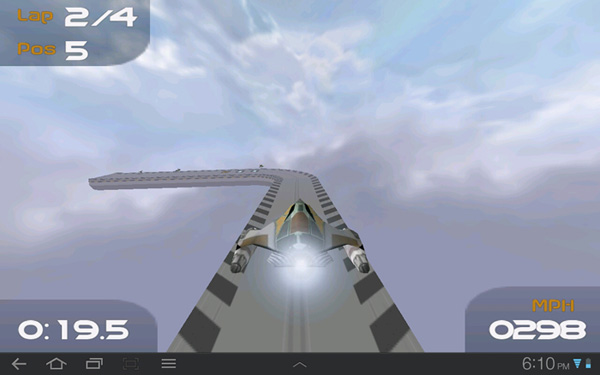 Sep 26, 2011Arash Soheili
Gameloft Brings HD Games to Sony TabletsHow Many Native Honeycomb Apps Are There in the Android Market?