I love racing games and I think they are probably the best type of games to play both on your phone and tablet. It can be casual by playing a quick game or you can spend hours. One of the best racing games on Android is definitely the Asphalt series. I have played this game since Asphalt 6 and now the latest Asphalt 8 was just released both on Play Store and Amazon Appstore. Like previous series this game does not disappoint.

In this new Asphalt 8 Airborne you have 47 cars with most of them being new compared to the previous game. Graphics is always high quality with the Asphalt series and hence the huge 1.3 GB download requirement. When you have a title called Airborne then you can expect to hit the air with ramps, barrel rolls, and various other air stunts. 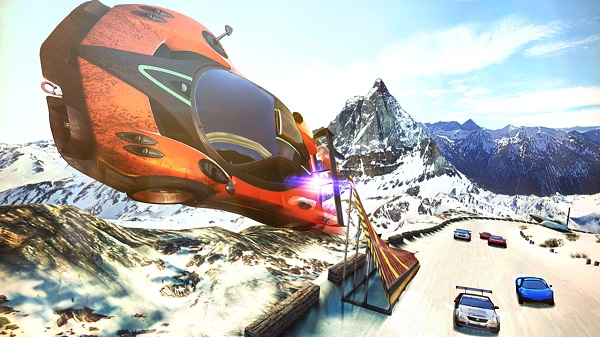 If you are a solo racer then you have 8 seasons and 180 events at various cool locations like Venice, Iceland, and much more. But you don’t need to race alone as there is multiplayer mode for up to 8 players. There is also a ghost mode as well that you can play against your friends. The game is part of the Play Store Games so you can compare your achievement against your Google+ friends. Plenty of racing action and fun. So checkout the game and be sure to let us know what you think.