The original popular iOS game Samurai: Way of the Warrior has been succeeded by Samurai II: Vengeance and made available to Android. This version of the app has also been optimized for Nvidia Tegra devices which includes most of the current Android tablets. The developers claim improved graphics and polished gameplay at 60 frames per second. Let’s take a closer look at what this game has to offer.

In the game you control Daisuke on a quest for revenge across the countryside. Along the way you get to slice and dice enemies with your samurai sword using deadly combinations. The controls are simple with a light and heavy attack but it’s combos that really matter. At first you have simple combos but as your proceed through the game more can be unlocked or upgraded. There is no block button but you can roll to avoid enemies. The fighting can be intense and sometimes overwhelming with waves of enemies at different skill levels. But that’s the fun because you get to kill, decapitate, and slice in half your enemies with slow motion enhancement at times. As you move through the game you’ll have to solve some puzzles and avoid traps. But don’t worry, the gameplay is focused on action and fighting as your main work. In between levels you get treated to anime-style comic panels that move along the story. So are you ready to be a samurai warrior and take your revenge.

You can download the app for $2.99 from the Android Market or the Amazon Appstore.

This app is not compatible with the Kindle Fire. 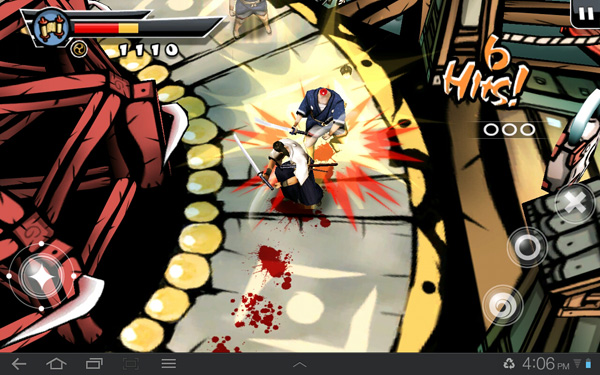 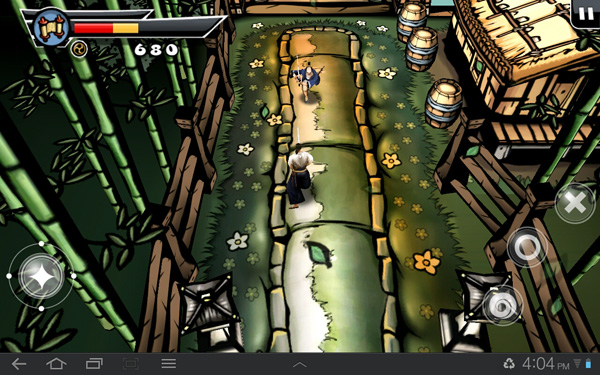 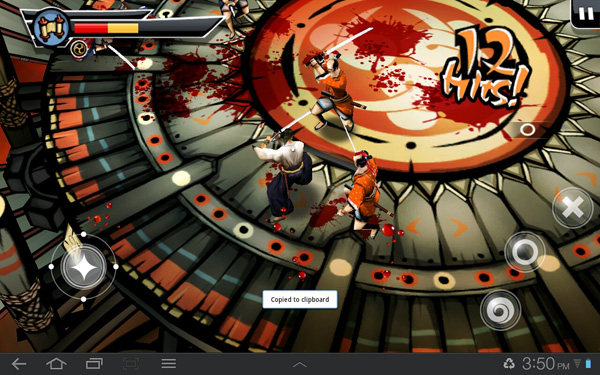